From Grace to Grace

I found Solace in Music. I have won accolades worldwide and have been endorsed by nearly all industry players in East Africa. Some of the events i have graced include: 2012 Groove Party at the Nyayo Stadium, Pamoja Peace Concert in Nakuru, Mwafaka Tour Nakuru Edition, Make it or Make launch at P.C.E.A St. Andrews, System Rave hosted by the System Unit, 2013 Groove Party and One Vibration experience , Groove Awards Male Artist of the Year 2015 among others.

Music is Life to me. 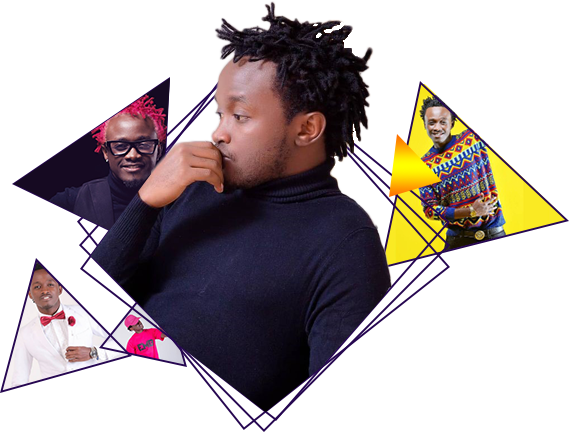 Kevin Bahati popularly known as Bahati is an award-winning Kenyan Musician. In addition, he was born Kevin Kioko Bahati in 1992. Surprisingly, his life story proofs that all dreams are valid no matter where one comes from. Not to mention, he became an orphan at a young age. When his mother died while he was in nursery school. On one hand, Kevin Bahati was a former street boy who thereafter became a fast-rising music star. With various major hits affiliated to him. Such as;

BAHATI ft TANASHA DONNA - ONE & ONLY

BAHATI ft TANASHA DONNA - ONE & ONLY

Getting Married soon ? Head on to the Contact Page and Book Bahati Kenya Prior to you wedding day.

Launching your company any soon and need an unforgettable experience of a perfomance? Book Bahati Today

Are you a media outlet affiliate and would love to host Bahati Kenya on a Serious One on One? Book Bahati Today!

BAHATI Feat TANASHA DONNA | ONE AND ONLY2021

BAHATI Feat. TANASHA DONNA - ONE AND ONLY (Official Video)

For me, the greatest thing about being a musician is being in the position to inspire other people. I take such pleasure in hearing that people have been motivated to create after hearing my music